The monsoon season is a dynamic phenomenon that impacts life in 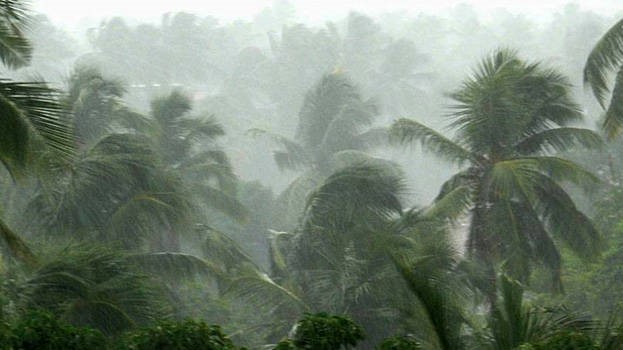 many areas of the world. A monsoon is a seasonal change in wind patterns, resulting in extreme wet and dry seasons throughout the course of the year. Though they do exist in parts of North America, they are most commonly associated with nations along the Indian Ocean. It is no surprise then that those in Wayanad, near the Southwestern coast of India, are greatly impacted by the monsoon season.

There exists a dual relationship between farmers and monsoons. Naturally, farmers rely on rains to yield bountiful harvests. If the summer monsoon (generally between April and September) comes late, economies suffer, and industries cannot produce at the rate necessary to satisfy the population. This means that farmers cannot grow enough food, and these shortages cause governments to need to import from abroad. Rice and tea require large quantities of water to grow, and thus rely on the summer monsoon season to flourish. Additionally, India, as the largest dairy producer in the world, requires heavy rains to grow crops needed to sustain its enormous cow population.

Monsoons can be beneficial to energy production, too. A large proportion of electricity in India and Southeast Asia is generated by hydroelectric plants- power plants whose generators are turned by vast quantities of highly pressurized water. This energy is needed to power schools, hospitals, homes, and businesses. It can be strange to think that having electricity in your school one day could be contingent upon the weather; such luxuries can be taken for granted in the United States, but it is important to remember that billions of people globally are affected by such phenomena. Moreover, these storms bring cooler temperatures, and “much needed moisture” to otherwise arid regions. Wildfires in India can bring much devastation to crops, and dry regions are more likely to be the source of these fires.

But monsoons can also bring about damage and destruction. They are often violent and quite dangerous. In 2005, much of western India was ravaged by a strong monsoon. A combination of severe winds and flooding left over 1,000 people dead. In just one day, the city of Mumbai received 39 inches of rain – approximately the average annual rainfall of Philadelphia.

Flooding as a result of the torrential monsoon rains has harmful consequences that may not be so obvious. In areas destroyed by wildfires in prior years, monsoons can bring about mudslides and soil erosion that damage crops, homes and roads. Additionally, such high volumes of water can leave water purification systems damaged or compromised, allowing diseases such as cholera to spread widely through impure water. Many of the rainwater collection mechanisms in underdeveloped parts of India can serve as breeding grounds for mosquitos, notorious for carrying malaria, dengue fever, and other lethal diseases. With a growing mosquito population, the concomitant risk of infectious bites naturally increases.

Of course, nothing can be done to prevent the coming of the monsoon season. However, there are precautions that can be taken to save many lives once the storms begin to come. First of all, information from meteorological departments does not reach those at risk quickly enough. Technology is improving, but forecasts are not heard until just hours before the rainfalls begin. Additionally, the damage brought about by flooding could be reduced with the implementation of hydrological monitoring systems on rivers. Similarly, this would improve notification time for instances of dangerous flooding, allowing those imperiled a greater time to prepare for any hazards. India, despite its enormous population and GDP, remains in need of development in many regions of the country. Its lack thereof makes the monsoon season even more dangerous to its inhabitants.

Because of the extremity of the Indian climate, there is simultaneously a need for monsoons, yet also a fear of them. On one hand, the rains create temporary abeyance to the heat and barrenness brought about by the dry season. However, because of these factors, the land and the people cannot fully be prepared for the intensity of the monsoon season’s rains. This dichotomy between the parching dry season and the forceful nature of the monsoon leaves little room for moderate climates. With such erratic weather patterns, nothing can be certain as each new season comes and goes.