Most of us take healthcare for granted. Even if we have to jump through 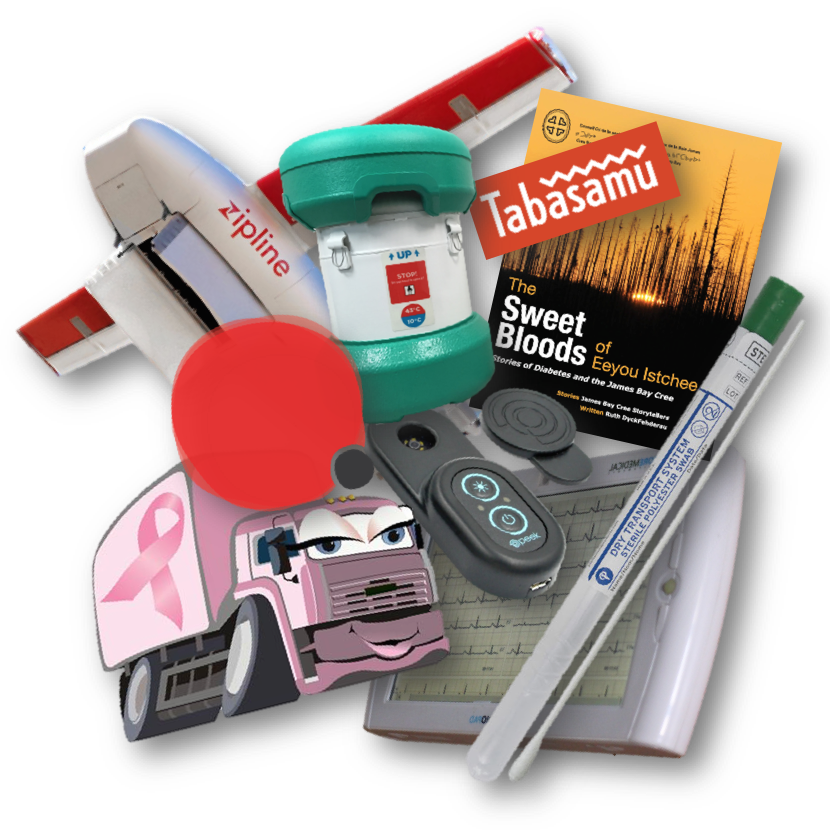 hoops or pay an arm and a leg, we normally have access to basic healthcare necessities. In many parts of the world, called “healthcare deserts” or “medical deserts,” people go decades without getting the care they need. Whether it’s a lack of healthcare professionals, shortage of resources in communities and hospitals, or geographic isolation, millions of people around the world are in great need of a checkup.

For some people, taking a trip to a hospital means many hours, sometimes days, of travel, the loss of wages, and all of a person’s savings. Many of the illnesses or issues presented by people in medical deserts are preventable with monitoring, basic hygiene, or education.

While we can’t bring a doctor to every needy person on the planet, many people, organizations, and companies are making significant strides to expand access to both basic and critical health tools and resources. Here are Ten Initiatives Making Healthcare More Accessible Around the World.

Heart disease is the leading cause of death for sub-Saharan Africans over the age of 30. A higher percentage of Africans suffer from hypertension than does the population of any other continent. To combat this growing problem, a young engineer from Cameroon named Arthur Zang invented the world’s first tablet-based heart screening tool. Intended for use in remote areas, the Cardio-Pad can conduct cardiac tests and send the results to cardiologists in city centers often hundreds of miles away. Nurses or administrators in remote villages apply wireless electrodes to a patient, which read and record the patient’s heart signals in conjunction with the Cardio-Pad. This information is then transmitted to a doctor who can assess and diagnose a patient’s condition. This portable, humidity resistant, and user-friendly tool has led to real improvements in the lives of many Africans.

Dr. Andrew Bastawrous, a British eye surgeon, ran into many problems in his noble mission to bring eye care to rural Kenyans. The villages he visited often had no electricity or road access, making it nearly impossible to transport medical equipment to those in need. He teamed up with software engineer Stewart Jordan, biomedical engineer Mario Giardini, and ophthalmologist Iain Livingstone to create a device that would enable portable eye care in a restricted environment. Together, they founded PEEK Vision, and developed an app and a clip-on adapter that use a smartphone’s camera and flash to perform eye exams. PEEK tools can test visual acuity, scan the retina, and detect cataracts. It can also be used to reveal early signs of diabetes, malaria, and other ophthalmic diseases. It is low-cost, uses available cellular network coverage, and allows providers to carry an ophthalmology clinic in their back pockets.

Zipline, which was created in 2014, lives by its mission to provide every human on Earth with instant access to vital medical supplies. What seems like a lofty goal is actually yielding results in Rwanda and Ghana, thanks to the best of modern technology. Since their launch, Zipline has made over 17,000 lifesaving deliveries via drone. Using in-country distribution centers, Zipline deploys drones loaded with blood, vaccines, or other urgent medical supplies to remote locations. Drones fly effortlessly over complicated terrain, often cutting travel times of over four hours (on a good day) down to as little as thirty minutes.

Telemedicine, the practice of using video conferencing technology to deliver care, is being adopted worldwide. In June of 2018, Russian Railways’ Central Healthcare Directorate partnered with South Korean mobile operator, KT, to establish a telemedicine system connecting a large hospital in Moscow to regional hospitals, centers, and mobile clinics hundreds of kilometers away. Medical staff at Central Clinical Hospital No. 1 are able to offer remote treatment by video to patients visiting clinics in the medically underserved provincial areas across Siberia. Telemedicine is used in many applications around the world, including rapid diagnoses of illness, data interpretation, treatment consultation, psychotherapy, and more.

A Talking Circle, as it’s called in anglophone terms, is an indigenous cultural event that brings people together to hear and tell stories. Participants discuss, problem solve, correct misinformation, and most importantly, heal. Many indigenous North American communities (and beyond) believe that disease and sickness are as much spiritual, emotional, and intellectual as they are physical. The longstanding tradition of using words to heal is being utilized to address the massive diabetes epidemic among the James Bay Cree. The James Bay Cree are a First Nations people who reside in the bush in Quebec, Canada. Every single family of the James Bay Cree is directly affected by diabetes. The Sweet Bloods of Eeyou Istchee: Stories of Diabetes and the James Bay Cree is a book of stories, a Talking Circle in print, about the effects of diabetes on native lives. Sweet Bloods is distributed for free to individuals and organizations in Canadian First Nations, Métis and Inuit communities, traditional territories, and reserves. The stories are bringing those indigenous peoples affected by diabetes together and informing and warning others about the disease.

There is one dentist per 10,000 Haitians. Few Haitians have ever been to a dentist or owned a toothbrush. Gum disease and dental infections can increase the likelihood of HIV transmission, tooth loss, malnutrition, blood-borne diseases and heart attacks. With regular hygiene, dental afflictions can be largely preventable. Tabasamu, which means “smile” in Swahili, is a nonprofit that provides free dental services to rural Kenyans. Doctors and volunteers with Tabasamu travel to rural towns and offer cleanings, fillings, extractions and fluoride treatments. Another doctor with the organization hosts radio shows where he teaches listeners how to take care of their teeth.

PERIOD is a national nonprofit serving communities across the United States (and beginning to expand their efforts into other countries). As a teenager, founder Nadya Okamoto experienced homelessness and found out, firsthand, how hard it was to get menstrual products. Now a Harvard student, published book author, and entrepreneur, Nadya dedicates her time to making sure homeless and disadvantaged women get the care she struggled to receive herself. PERIOD now has over 400 chapters that distribute period packs containing menstrual products, educate about women’s health, and advocate for change in government and public policy.

Alaska has some of the highest rates of sexually transmitted infections of all 50 states. Many Alaskans are isolated from sexual wellness resources geographically or fear risking exposure and shame within their cultures. The rates of STI diagnoses and treatment among rural Alaskan and Alaska Native people are significantly lower than among those living in urban centers, despite evidence of high rates of STIs in those communities. I Want The Kit – Alaska, has teamed up with Johns Hopkins University to launch a mail-order at-home testing kit for rural Alaskans. Any Alaskan 14 years or older can order a free STI kit online and send back samples for confidential, remote diagnoses. The Alaska Native Tribal Health Consortium notifies participants of their results, provides over-the-phone risk counseling, and refers people with positive tests to nearby treatment options. I Want the Kit has seen great success in confidentially testing and diagnosing Alaska’s hardest to reach individuals.

The greatest challenge in delivering live-saving vaccines to rural or disadvantaged populations is tackling gaps in what is called the “cold chain.” Most vaccines need to be refrigerated to maintain a stable temperature and remain fresh. In just a few days, unrefrigerated vaccines are rendered useless. In many parts of the world, refrigerated transportation of vaccines is not possible. Arktek, nicknamed the “super thermos,” might change everything. The Bill Gates Foundation, Intellectual Ventures, and Global Good collaborated to invent a device that keeps vaccines at a stable temperature for 30 to 60 days. This storage device is portable and does not rely on outside sources of power. In areas where access to electricity is spotty at best, Arktek keeps sensitive medications cool and protected from travel through rugged environments. Arktek is still being perfected, but has saved lives already. Arkteks were utilized to deliver vaccines during the Ebola outbreak in Africa, and after the massive earthquake in Nepal in 2015.

PinkDrive is an NGO in South Africa focused on early detection of breast, cervical, prostate, and testicular cancer. With its mobile screening unit, a fluorescent pink truck, PinkDrive has provided tens of thousands of mammograms, pap smears, and rapid test prostate screenings. Along the way, PinkDrive spreads awareness about biological sex-related cancers and promotes regular testing for early detection. For PinkDrive, serving needy and uninsured citizens in rural and semi-urban South Africa is the priority.

You can read more about, or support, these initiatives by visiting the hyperlinks in each section.