The idea that human pollution is damaging the Earth has lost all novelty. 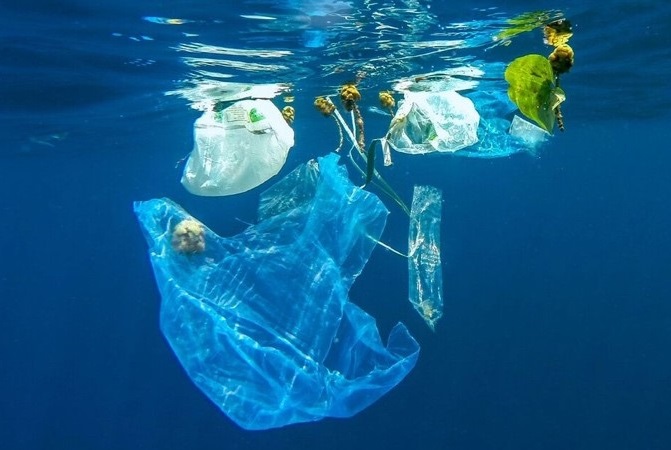 Since the advent of the First Industrial Revolution almost three centuries ago, smog and waste have slowly but surely begun to deteriorate our planet. Among those areas affected are our oceans, home to some of the most biodiverse ecosystems in the world.

Recent research has linked an increase in ocean debris with declining tourism among tropical beach destinations. Marine debris includes any “solid, persistent, human-created waste that has been deliberately or accidentally introduced into a waterway or ocean from shorelines to the ocean floor.” This creates an estimated cost of $13 billion a year, due largely in part to its impact on fisheries, tourism, and biodiversity. Typically, marine waste is found in the largest quantities amongst the shorelines of developing nations. This is primarily because these countries do not have the resources necessary to prioritize waste management.

Where does the majority of marine waste come from? The sources of pollution are diverse. Often, it is the result of direct, intentional littering; beachgoers simply use the ocean as a trash can, disposing of plastic and other waste materials directly into the water. Other times, wind and rain can indirectly transport trash into storm drains hundreds of miles from the ocean. However, these drains lead to streams, which lead to rivers, which ultimately empty out into the ocean.

Additionally, though perhaps less obviously, unsustainable commercial fishing practices create waste that has immediate impact on marine wildlife. It’s known as “ghost fishing”, and includes nets, lines, and other equipment that has been lost, yet continues to trap, disrupt, and kill ocean ecosystems. Promoting sustainable fishing practices can only work when everyone gets on board. In Southeast Asia, where these malpractices most commonly occur, women do not have much say in the decision-making process. This has a direct impact on the removal of marine waste, as the overwhelming majority of waste pickers and sorters are female.

Ocean refuse gathers most commonly along, though not limited to, the coastlines of the ASEAN nations, including Thailand, Indonesia, Malaysia, Vietnam, and several other Southeast Asian countries. Indonesian tourism alone could lose up to $1.3 due to plastic pollution. Bali is seeing a period of 400% growth in its annual tourism rate. However, it generates 3,800 tons of solid waste on a daily basis, making it a liability. Although tourism is a very important factor in the promotion of economic growth, Bali is generating plastic waste at a rate beyond the abilities of its waste management programs.

Studies have shown that a typical tourist in search of a beach destination is 85% more likely to look elsewhere if ocean debris exists in a significant amount. The coastal region of Paraná State in Southern Brazil, for example, boasts one of the most frequented tourist destinations in the region. Tourism between second-home owners and one-time vacationers comprise the majority of revenue that drives the economy in the area. Littered beaches run the risk of reducing tourism income by up to 40%, or annual losses of nearly $9 million.

The international community has tried to intervene in fighting against ocean pollution, but the problem is so extensive that relatively speaking, little impact has been made. Ecosystems are already polluted by solvents, toxic sludge, and fertilizers on a large scale, leaving nearly a quarter of a million square kilometers of “dead zones” across the planet. But to those that feel that these issues are too far removed from their everyday lives, marine pollution creates secondary effects that directly impact humans. Pieces of plastic can often be found in marine species, including commercially caught fish.

Preservation of our oceans is paramount. Generally, the impact that oceans have is overlooked or misunderstood. As an enormous agent of climate regulation, a producer of over half of the Earth’s oxygen, and home to over two million species of organisms, they are certainly worthy of protection. Simple steps can be taken for individuals to help save the oceans. Using less plastic will naturally reduce waste – waste that otherwise sits in the ocean for hundreds of years. Additionally, carbon dioxide has increased the acidity of our oceans over time, so riding a bike, for instance, can have a beneficial impact. Although the current state of our oceans is far from perfect, we should be optimistic about its future. With growing restoration movements, there is still hope.